All of this recession fear has really upped the volatility in this market. With no one knowing which way stocks will turn from day to day, many great companies got caught in the undertow and are now undervalued compared to their growth potential.

If you think the market is just biding its time before the next move higher, then there are plenty of stocks out there with tons of potential at bargain prices. The Zacks Rank and Zacks Style Scores can help you find those undervalued names that are set to move higher.

Want another sign that we shouldn’t be hyperventilating over all the recession attention lately? Take a look at the airlines space, which is in the Top 12% of the Zacks Industry Rank as air travel continues to be in high demand.

If the economy is really in trouble, history tells us that consumers would put travel on the backburner for a while. Instead, Airlines for America, an industry trade organization, recently said that it expects a new record of air travel for the upcoming Labor Day holiday.

The only American airline with a Zacks Rank #1 (Strong Buy) at the moment is Delta Air Lines (DAL), which is up nearly 19% so far this year with all 10 covering analysts increasing their estimates for 2019 over the past 60 days.

The stock has now beaten the Zacks Consensus Estimate for 8 straight quarters and in 13 out of the last 14, including the recent report.

For the second quarter, DAL earned $2.35 per share, which beat the Zacks Consensus Estimate by 2.6% and improved from last year by more than 30%.

Operating revenues of $12.5 billion also topped our expectations. Perhaps more importantly, passenger revenues improved 8% and made up nearly 91% of the top line.

All of these parameters suggest that there’s no slowdown in air travel. Plus, earlier this month revenue passenger miles for July increased 5.2%.

In addition to solid value characteristics, DAL also hiked its dividend 15% last month and is active on the buyback front. It has been working to reduce debt levels as well.

Earnings estimates are trending higher for both 2019 and 2020. The Zacks Consensus Estimate of $7.05 for this year has improved 6% over the past 2 months. 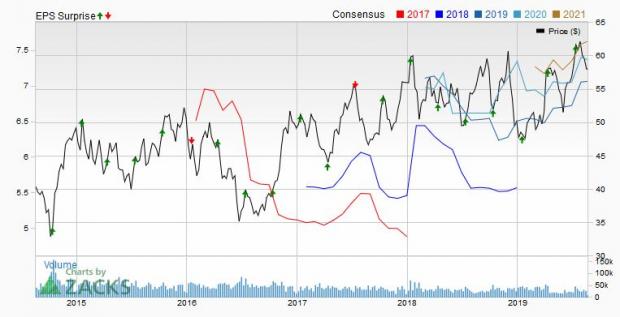 Despite all this talk about inverted yield curves and recession, people still feel comfortable enough to take out a consumer loan. The space is actually in the Top 7% of the Zacks Industry Rank!

And what do a lot of people buy with their loans? A car, of course! It’s something that Ally Financial (ALLY) knows a lot about because nearly 70% of its revenue came from automotive finance last year. But it also operates segments for insurance, mortgage finance and corporate finance.

The company has advanced approximately 40% so far this year, which easily beats the S&P and its highly-ranked industry.

ALLY’s success was on display in its second quarter report, which included its 9th straight positive surprise. Earnings per share of 97 cents beat the Zacks Consensus Estimate by 10.2% and last year’s 83 cents.

The average surprise over the past four quarters is nearly 9.3%.

Revenue of $1.55 billion inched past our expectations for the third time in four quarters and advanced more than 6% from last year thanks to growth in deposit balances.

Looking forward, we think the company’s profitability will continue being supported by its initiatives to diversify the revenue base, the rise in consumer loan demand and growth in net finance revenues.

ALLY has a positive Earnings ESP for its next quarterly result in late October, when it will go for a 10th straight positive surprise.

Earnings estimates have moved higher over the past couple of months. The Zacks Consensus Estimate for this year is up 3.3% in that time to $3.74. 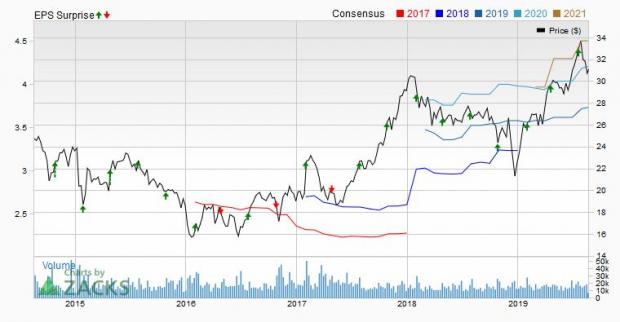 Hot off the grid is Canadian Solar (CSIQ), which has seen earnings estimates jump in recent days after reporting a triple-digit second-quarter surprise earlier this week.

Part of the allure for a solar cell manufacturer like CSIQ is to make investors feel better about themselves. But do you know what feels REALLY good? Crushing the S&P so far this year by jumping nearly 70%.

In the most recent report, earnings per share of 77 cents beat the Zacks Consensus Estimate by nearly 235%! It was the fourth straight positive surprise, amassing an average beat of more than 115% over that time.

Total revenues of $1.04 billion jumped more than 59% from last year and also beat our expectations by 4.6%. Solar module shipments jumped 36% sequentially and doesn’t look like its slowing down as more people and governments move to alternative energies.

Analysts responded positively and immediately to CSIQ’s quarterly results and guidance. The Zacks Consensus Estimate for this year is now at $3.25, which is nearly 33% better than it was just 7 days ago.

And next year’s estimate improved more than 18% in that time to $3.41, which also suggests a year-over-year improvement of 4.9%.

One of CSIQ’s strengths moving forward is its geographically-diverse customer base with presences in key markets like China, Japan, the U.K., Canada and the U.S.

Given its broad base of operations and the bright future for the solar space (Top 16% of the Zacks Industry Rank), CSIQ looks like it can continue its momentum moving forward.

Zacks EVP Kevin Matras believes this familiar stock has only just begun its climb to become one of the greatest investments of all time. It’s a once-in-a-generation opportunity to invest in pure genius.